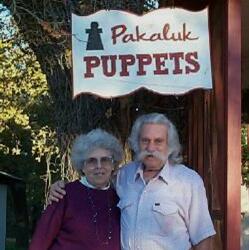 Fred attended the Art Student's League, where he studied anatomy and oil painting. He also attended Pratt Institute, studying advertising design and illustration. Upon graduation from Pratt Institute, he served 6 years in the U.S. Army Signal Corps, making training films for all of the armed forces. Upon his return to civilian life, he conducted his own art service for television, motion pictures, and industrial films for a period of 25 years.

Rose worked in the animation field for Paramount Studios for many years. During WWII, she worked for the U.S. Signal Corps Training Film Department.